Hello everyone.
I have received an invitation from Malcolm (can’t remember his second name) of the TR Register, to attend their October breakfast meet at Alderford Lake (formally called Dearnford Lake) on Sunday 8th October. Lynne and I and a couple of others have done it twice before, and it’s always been pretty good.

It usually consists of a meet at 9am at the lake. There is a cafe where you can purchase breakfast. At about 11am there is a short 30 to 40 mile run to a place of interest. In 2015 it was to Cosford Air Museum, and last year to a small stately home where there was a classic car show.

This time the run is to Blist’s Hill, which is a recreated Victorian town and is one of the open air museums in the Ironbridge gorge. Google it.
Malcolm has negotiated reduced admission for the group. I don’t know by how much, but I suppose he will give us some sort of voucher before we set off from the lake.

We could meet at the Lymm Truck stop for anyone coming from the Northern area and maybe meet up with others going South down the A49. Alternatively you could make your own way to the lake.

Alderford Lake is just South of Whitchurch offf the A41 on the Whitchurch ring road. SY13 3JQ.

We don’t have to book. Just turn up, which is handy if the weather is bad and we don’t want to go.

We have a member with some part going, have a look and give him a call if you see anything you need.

Cheers Neil
I have a few spare parts for a 1980 MG Midget 1500. They are free to anyone who wants to pick up some or all of them. If any of your members are interested.
They are:-
Centre console for radio, cig lighter etc. needs light refurb.
Rear light clusters, both sides.Good condition.
Door handles. Good condition.
Boot lid. some surface rust but would renovate OK.
Dash, no instruments or switches. Needs refurb.

We have been asked by The Swan With Two  Nicks to give final numbers for our Christmas Lunch on the 10th December and pay the deposit of £5 per person. If you are not already on the list below and would like to join us please let me know  ASAP. reply : neil_mcleod2@hotmail.co.uk 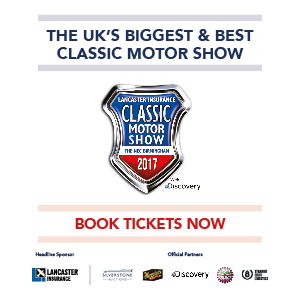 Members of the Midget and Sprite Club can use our voucher code to get a discounted tickets to the show, the voucher code can be found in the Member’s Only area of the website.

Wednesday 13th September is our next club meeting at the Kilton .

We have a few events still coming up before the year end, 22nd/23rd September we have a good turn out for the club weekend to Anglesey organised by Mike & Karen.

The date for the Halloween Run & Ghost Tour at Hoghton Tower nr Preston is set for the 29th October , to date we have 20 cars booked , there is only a couple of places left to book , so if you would like to join us please contact me before Wednesday club night. the cost is £29.95 per person including Coffee/ Tea at start, two course dinner & Ghost tour. I will need payment in full by the end of September , Full information on how to pay will be sent out soon after Club Night .

Christmas  Lunch is Booked at The Swan With Two Nicks for Sunday 10th December at 2pm , If you have not yet book a place please let me know ASAP. Having spoke to the management, we can now have choice between the al-la-carte or the Christmas menu, But we will need to per order, I will send out copy menus soon as I receive them.

If you have any suggestions for places to visit or event for next year please bring your thoughts and ideas to the club meeting or email to me at:

Reminder that the Central monthly meeting venue has moved. From Wednesday 6th of September we will be meeting at, The Tame Otter, Lichfield Road, Hopwas, Tamworth, B78 3AF, 8.30pm onwards. I look forward to seeing regular Central members, new members and any MASC members that would like to visit us.